The Best Beaches In Greece 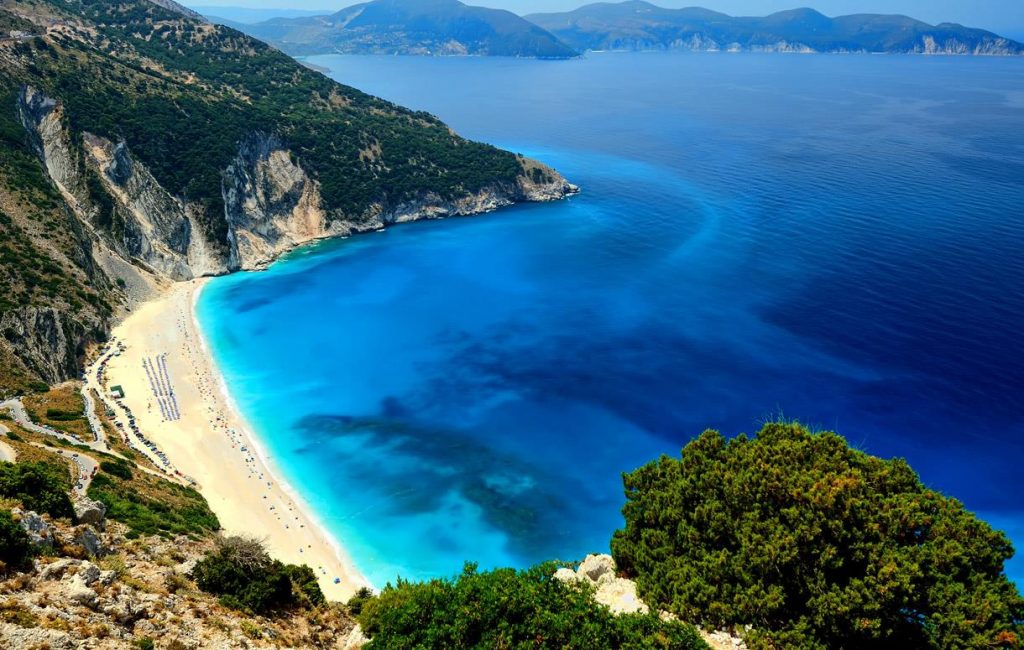 Super Paradise Beach, Mykonos: The beaches of Mykonos have won fame as the best in the Aegean, thanks to their crystalline waters and golden sand, not to mention multi-starred service and flawless organisation. One of the most impressive lives up to its name, Super Paradise, a vast sandy bay with translucent turquoise water. Dive in, open your eyes before you surface and you’ll know at once why it ranks as one of Greece’s most beautiful.

Lalaria Beach, Skiathos: What words could capture the magic of Lalaria? The island’s trademark, it has often won the title of most stunning beach and its fame has spread around the world. Its emerald water and smooth white pebbles under towering sheer rocks attract dozens of boats daily, loaded with eager visitors who can’t wait to see it up close.

Sarakiniko Beach, Milos: Milky white volcanic rocks as soft as chalk, sculpted into intriguing shapes by the wind and waves. A deep gulf with green water that turns every shade of blue as you get further from shore. Psychedelic.

Shipwreck Bay (Navagio) Beach, Zakynthos: Who could have imagined that an old boat called Panayiotis would be the star of thousands of snapshots and videos that have pushed Zakynthos to fame the world over? The beach where it ran aground forms a magical setting with its sheer white cliffs, turquoise water and white sand. You’ll be definitely tempted to dive right into its unbelievable clear water.

Myrtos Beach, Kefalonia: This amazing beach between Assos and Argostoli is literally breathtaking. Unquestionably the most famous on the island, it must be included in any top beach list for Greece. White sand, fine pebbles, azure waters at the foot of impossibly high cliffs – once seen, it’s unforgettable.

Canal D’ Amour Beach, Corfu: Between Sidari and Peroulades this surreal setting has to be seen to be believed: white sculpted rocks, grottoes, little beaches, blue-green water. Among the unusual formations, Canal d’Amour stands out. They say that whoever swims the narrow opening in the rock will find the love of their life on the other side.

Porto Katsiki Beach, Lefkas: This beach, at the foot of an enormous white cliff that turns orange with the sunset has been voted one of the six best in the entire Mediterranean.

Balos Beach, Crete: Another of the most exotic beaches in Greece that’s considered one of the finest in the Med, Balos lies in western Crete near Kissamo. Here the sand glistens pink and white, the water combines the most dazzling shades of blue and green, while the islet of Gramvousa with its Venetian castle adds a fairy-tale note to the scene.

Voidokoilia Beach, Peloponnese: Photos of this beach in Messinia have gone viral. The white sand that surrounds the delicious blue-green water is such a perfect semicircle one suspects a draughtsman’s hand. The unspoilt environment behind it, is yet another reason why this ranks among Greece’s top ten beaches.

Beautiful Nails – Around the World