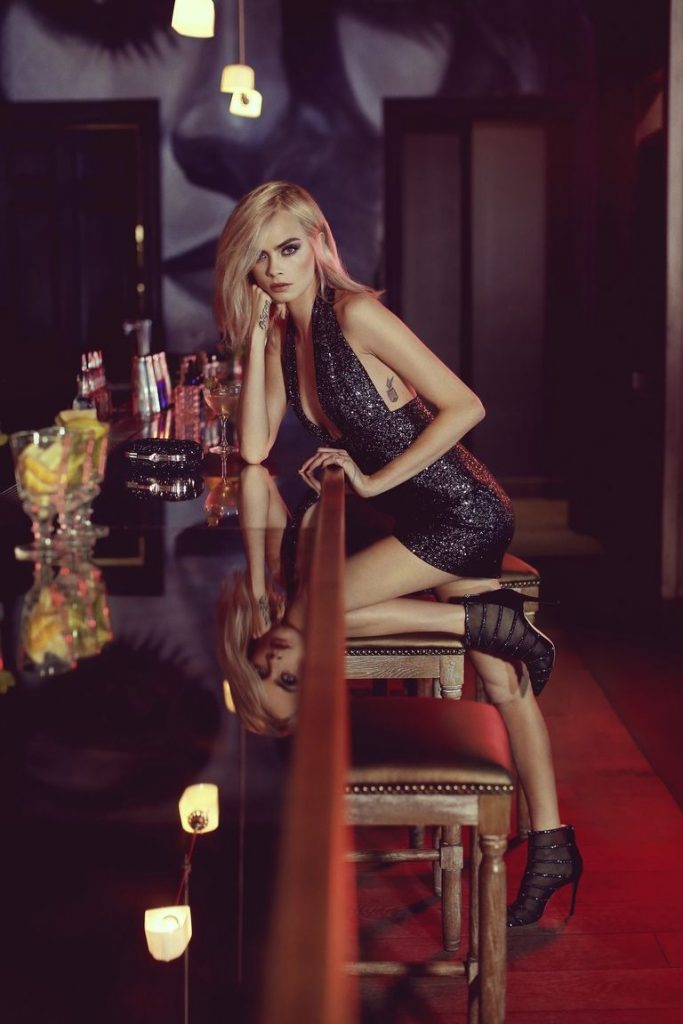 Cara Delevingne may be busy promoting her new book and starring in must-see movies, but the It Brit recently returned to her modeling roots for Jimmy Choo’s latest campaign.

In a new editorial and short film, Delevingne sports what the brand touts as „unisex” flats and super-sparkly boots from its Cruise 2018 collection. The fur-lined, beaded and glitter-clad styles arrive just in time for the holidays.

The flat, androgynous designs are from Jimmy Choo’s „Borrowed from the Boys”collection, which offers a range of men’s loafers in women’s sizes. The iteration Delevingne wears in the new campaign is the Tedi, which is accented with rabbit fur. There’s also the velvet-covered Marti and crystal-encrusted Marlo styles.

The model and actress, who has previously opened up about her fluid sexuality, elaborated on androgyny in fashion. „As I feel about life, being male or female is less ‘opposite’ now than it ever has been,” she said in an interview for Jimmy Choo. „I don’t think it’s necessarily about picking something that a man would wear. I think it’s about feeling comfortable whether it is masculine or feminine.”

The bulk of the new collection, however, focuses on glam, blinged-out heels, which Jimmy Choo is best known for.