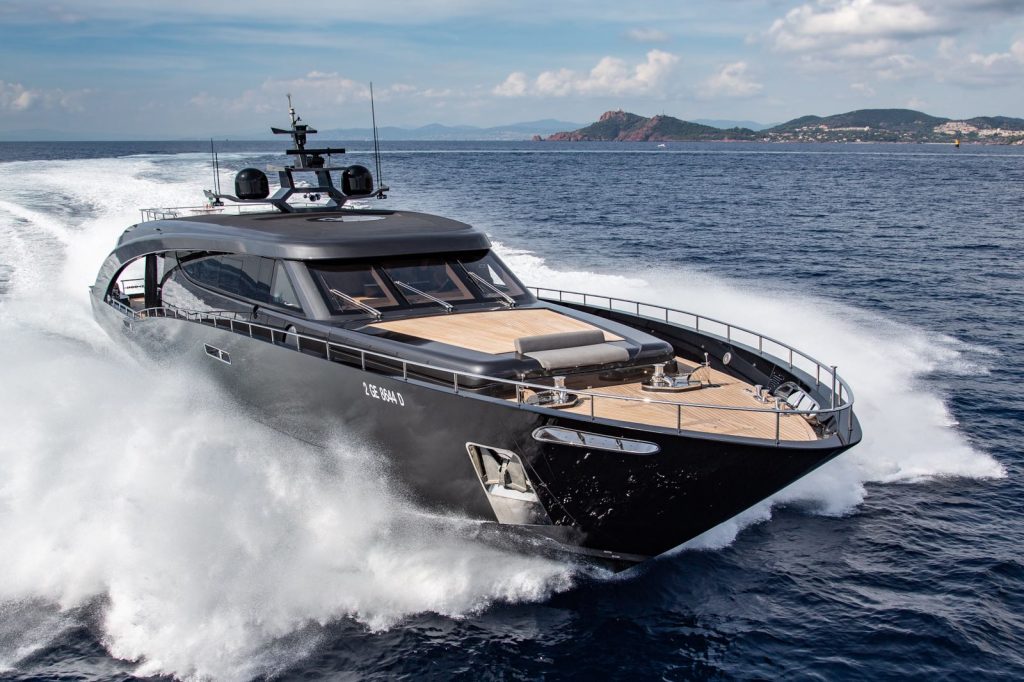 CCN – Cerri Cantieri Navali is celebrating its success as one of the winners of the World Superyacht Trophies, which were awarded by magazine Yachts France in the magnificent setting of the Hotel Carlton in Cannes. Thanks to its highly innovative solutions, Roberto Cavalli’s M/Y Freedom was indeed awarded the prestigious Trophy as the most avantgarde yacht of the year.

M/Y Freedom is the third model in the Fuoriserie range, CCN’s line of fully-custom projects, and is the outcome of a brilliant concept that fashion designer Roberto Cavalli developed and turned into reality in cooperation with architect Tommaso Spadolini.

“CCN has won a World Superyacht Trophy for the second year in a row thanks to its fully-custom production”, says CCN’s CEO Diego Deprati. “The fact that this yacht in particular has been
awarded as the one with the most avant-garde features truly delights me, as this is an important acknowledgement of a path we embarked upon a few years ago, making some brave choices
which are now proving to be winning decisions”.

CCN, which has been part of the Gavio Group since 2011, together with the Baglietto and Bertram brands, specialises in the construction of 86’ and 102’ high-performing planing fibreglass yachts. The ‘Flyingsport’ line was recently joined by a new series of Expedition boats in steel and aluminium called ‘Phileas’ and pencilled by Studio Vallicelli, as well as by the production of ‘small mega yachts’ between 24 m and 35 m in length – also in steel and aluminium – designed by Studio Spadolini. All CCN’s production revolves around the concepts of flexibility and a strong focus on the customer, and the new lines pencilled by Bacigalupo (Lysithea50) and Stefano Vafiadis (DOM 123) are no exception to this philosophy. With the “Fuoriserie” line, the product range that the Carrara-based boat builder is offering the market has extended further, resulting in a very complete series of highly diversified products and fully-custom vessels coming in different materials.