Diamonds Are Forever: Chopard Partners With James Bond In ‘No Time To Die’ 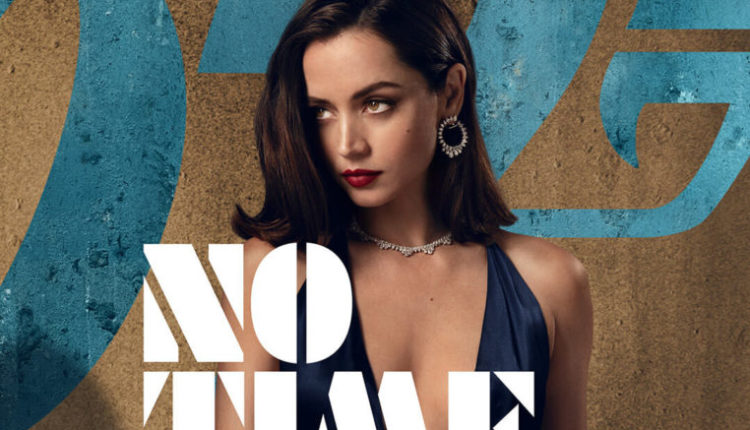 Bond girls often dazzle us with their brains and beauty, but for the upcoming twenty-fifth James Bond movie, No Time to Die, Chopard jewels are also set to do some dazzling. The Swiss brand has partnered with the successful franchise, the result being that some of its most stunning creations will be worn in the movie by Cuban-Spanish actress Ana de Armas playing Paloma, this film’s “Bond girl.”

De Armas recently starred with James Bond leading man Daniel Craig in Knives Out, a role that earned her a Golden Globe nomination.

All of the jewels worn by de Armas in No Time to Die are true haute joaillerie creations and part of Chopard’s Green Carpet Collection, where we find the brand’s most impressive jewelry pieces made using only materials derived from sustainable and ethical sources.

As seen in No Time to Die, three pieces were selected that highlight the pear-shaped diamonds, doing so in how they are incorporated as well as with their mind-boggling carat weights.

For Chopard, jewelry isn’t just glitter and glamour, but also well thought out craftsmanship. Therefore, the pieces that feature in the movie, just like the rest of the jewelry collection, are made using certified Fairmined gold.

The gold, sourced from small suppliers, is mined in a way that is kinder to the earth. At the same time, investments are made in the mining communities, providing them with health care and schools and ensuring that future generations will have quality of life.

The diamonds used in these creations are also from ethical sources, as Chopard only works with suppliers endorsed by the Responsible Jewellery Council.

To see in which scenes de Armas’ CIA agent wears Chopard’s creations we still have to wait a few weeks. No Time To Die is expected to be released on April 2, 2020 in the UK and April 10 in the US.

The film is set to premiere in London on March 31, 2020. And here as well as at other premieres around the globe, de Armas will also be shining in Chopard jewelry.

She will be joined by Léa Seydoux, reprising her role as Madeleine Swann, who not only also stars in the James Bond movie, but is a friend of Chopard as well. Her portrayal marks the first female lead to appear in successive James Bond movies.