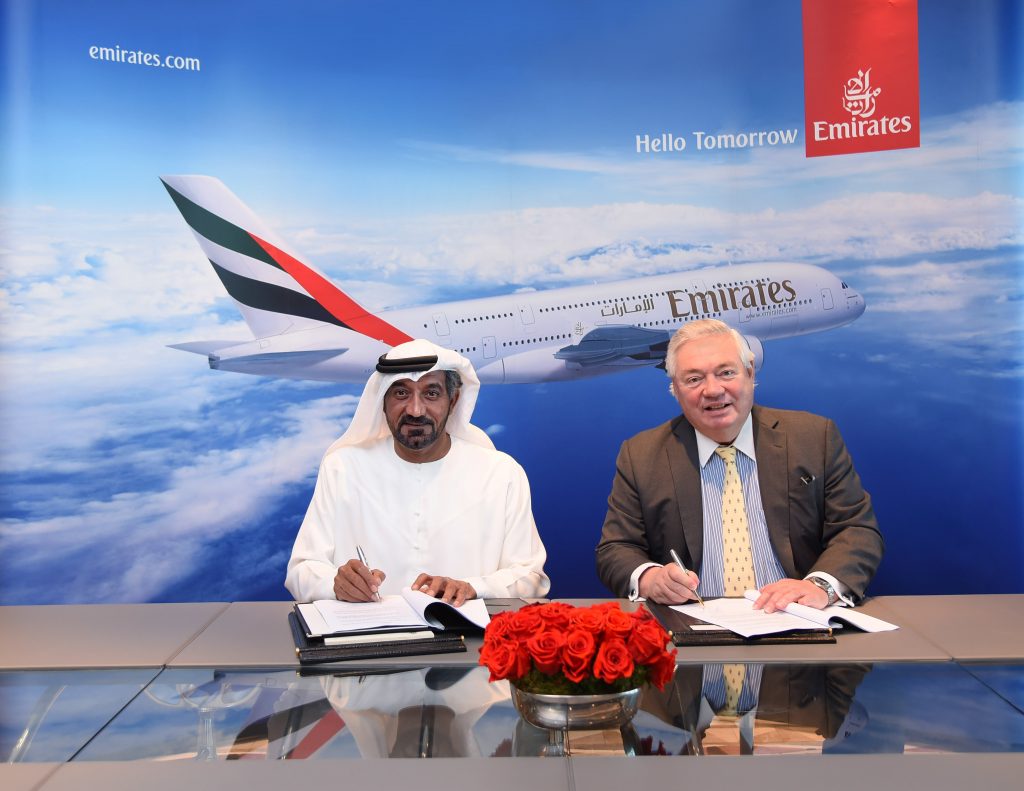 Emirates, the world’s largest international airline, today announced a US$ 16 billion (AED 58.7 billion) deal for 36 additional Airbus A380 aircraft, with 20 firm orders and 16 options. Emirates’ A380 fleet operates both GE and Rolls-Royce engines, and the airline is evaluating engine options for its latest A380 order. 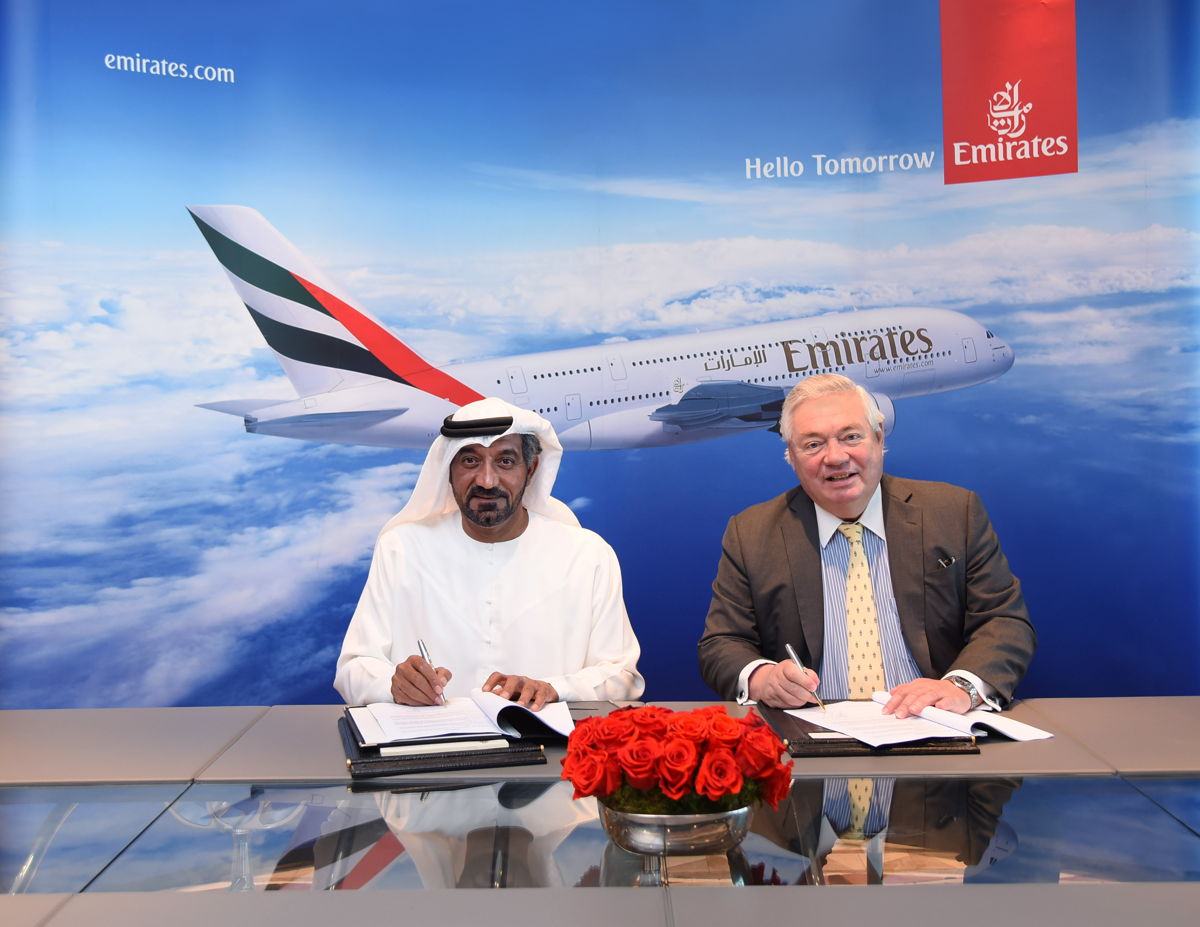 The additional Airbus A380s will be delivered to Emirates from 2020 onwards.  Together with the airline’s 101-strong A380 fleet and its current order backlog for 41 aircraft, this new order brings Emirates’ commitment to the A380 programme to 178 aircraft, worth over US$ 60 billion.

His Highness Sheikh Mohammed bin Rashid Al Maktoum, Vice President and Prime Minister of the UAE and Ruler of Dubai, said: “Emirates truly represents Dubai’s spirit of growth, innovation and resilience. It also epitomises the city’s increasing role in connecting the world in terms of people, capital and information flows. This deal reflects Emirates’ confidence in shaping the future, and its commitment to advancing Dubai’s vision to grow further as a world-class destination and aviation hub.”

Sheikh Ahmed said: “We’ve made no secret of the fact that the A380 has been a success for Emirates. Our customers love it, and we’ve been able to deploy it on different missions across our network, giving us flexibility in terms of range and passenger mix.

He added: “Some of the new A380s we’ve just ordered will be used as fleet replacements. This order will provide stability to the A380 production line. We will continue to work closely with Airbus to further enhance the aircraft and onboard product, so as to offer our passengers the best possible experience. The beauty of this aircraft is that the technology and real estate on board gives us plenty of room to do something different with the interiors.”

„I would like to thank Emirates, Sheikh Ahmed, Tim Clark and Adel Al-Redha for their continued support of the A380,” said John Leahy, Chief Operating Officer Customers, Airbus Commercial Aircraft. “This aircraft has contributed enormously to Emirates’ growth and success since 2008 and we are delighted that it will continue to do so. This new order underscores Airbus’ commitment to produce the A380 at least for another ten years. I’m personally convinced more orders will follow Emirates’ example and that this great aircraft will be built well into the 2030s.”

Emirates’ partnership with Airbus spans decades. Emirates is by far the largest Airbus A380 operator on the planet with 101 A380s in service today. 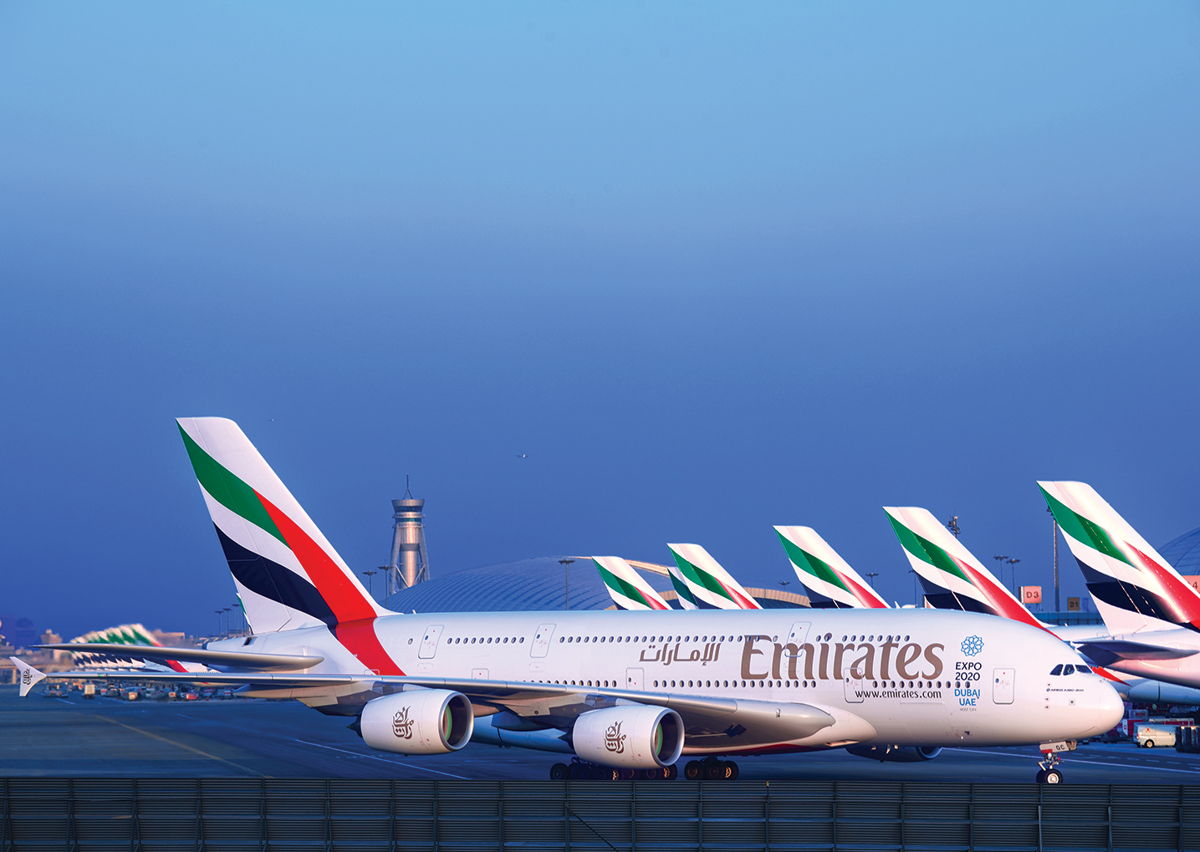 Emirates’ modern and efficient fleet of 269 all wide-bodied aircraft connect people and opportunities across its global network of 157 destinations in 84 countries. Based in Dubai, Emirates is one of the world’s largest airlines by international air traffic, and one of the most recognized airline brands globally through its support of premier sports and cultural events. It was named World’s Best Airline in TripAdvisor’s 2017 Travelers’ Choice Awards.