Jennifer Lawrence is a versatile actress known for her roles in ‘The Hunger Games,’ ‘X-Men’ and ‘Joy.’ 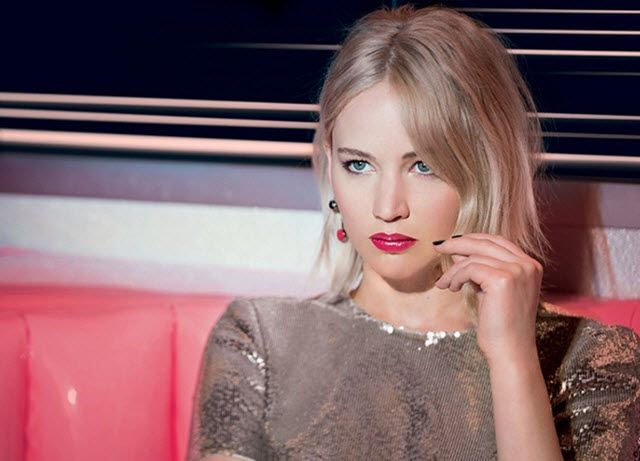 Jennifer Lawrence was born in Louisville, Kentucky, on August 15, 1990. She got her big break at 14, when she was discovered while vacationing in New York City with her family. She quickly landed a part in the TV series The Bill Engvall Show, followed by roles in films that included The Burning Plain, Winter’s Bone, X-Men: First Class and The Hunger Games. She later reprised her role playing Katniss Everdeen in Catching Fire and the two-part Mockingjay. Lawrence won an Academy Award for her work in David O. Russell’s Silver Linings Playbook (2012) and continued to work with the director on American Hustle and Joy, winning Golden Globes for all three projects as well.

Jennifer Shrader Lawrence was born on August 15, 1990, in a suburb of Louisville, Kentucky. She has two older brothers, Blaine and Ben, and her parents, Karen and Gary, owned a farm just outside the city.

Lawrence was an athletic child, involved in cheerleading, field hockey and softball, and thought she might be a doctor when she grew up. She did some modeling and community theater, but never dreamed that she’d become an actress.

Lawrence’s big break came when she was discovered at 14 while on spring break in New York with her family. A stranger asked to take her picture and took her mother’s phone number, then called the next day to ask her to do a screen test. Things happened quickly after that: Lawrence stayed in New York City for the summer, acting in commercials for MTV and filming the 2007 thriller Devil You Know with Lena Olin. (The film was shelved due to lack of distribution and was eventually released in 2013.) Soon after, Lawrence and her family moved to Los Angeles, where she had small roles on the series Medium, Monk and Cold Case, before landing a part on the TBS series The Bill Engvall Show. While working on the series, she also appeared in feature films including The Poker House and The Burning Plain alongside Charlize Theron and Kim Basinger.

After The Bill Engvall Show was canceled, Lawrence went on to appear in the critically acclaimed Winter’s Bone in 2010, which earned her nominations for an Academy Award, a Golden Globe and a Screen Actors Guild Award. Opportunities continued to pour in, and in 2011 Lawrence appeared in The Beaver with Mel Gibson, Jodie Foster and Anton Yelchin. She also took on the role of Mystique in X-Men: First Class.

In 2012, Lawrence became a box-office sensation as Katniss Everdeen, the lead in The Hunger Games, the film adaptation of the bestselling novel by Suzanne Collins. Set in a post-apocalyptic state, Lawrence’s character must participate in an event in which 24 teens fight to the death as televised entertainment. The film broke box-office records on opening weekend, and Lawrence reprised her role in 2013’s The Hunger Games: Catching Fire as well as the two-part Mockingjay (2014 and 2015). As of late 2015, the franchise has earned more than $2.8 billion dollars at the global box office.

Other 2012 releases for Lawrence included the thriller House at the End of the Street, co-starring Elisabeth Shue, and two dramas with Bradley Cooper: The Falling and Silver Linings Playbook, which earned an array of award nominations and a Golden Globe win (best actress in a comedy or musical) for Lawrence. She took home the Oscar for best actress at the Academy Awards in February 2013. Lawrence seemed overcome with emotion as she accepted the honor.

Lawrence continued to work with Silver Linings Playbook director David O. Russell on 2013’s American Hustle, playing the emotionally complex wife of a con artist (Christian Bale). The film co-starred Amy Adams and Cooper. Lawrence received her third Oscar nod for the part, and won her second Globe. In 2014 she co-starred again with Cooper in the little seen drama Serena before once again captivating moviegoers as the mutant Mystique in the summer epic X-Men: Days of Future Past. She would reprise the role in 2016’s X-Men: Apocalypse.

Lawrence, Cooper and Russell later signed on to bring the story of Miracle Mop inventor Joy Mangano to the big screen, with Lawrence taking on the title role. Joy had a Christmas Day 2015 U.S. release, and Lawrence soon won her third Golden Globe for her performance. Days later she received another Oscar nod. At 25, she became the youngest performer in history to have earned four Academy Award nominations.

In October 2015 Lawrence wrote an essay, which was featured in Lena Dunham’s feminist newsletter Lenny, entitled „Why Do I Make Less Than My Male Co‑Stars?”

Discovering she was paid less than her American Hustle male co-stars via the Sony hacking scandal, Lawrence ultimately blamed herself for not negotiating for more pay.

„When the Sony hack happened and I found out how much less I was being paid than the lucky people with d*cks, I didn’t get mad at Sony. I got mad at myself. I failed as a negotiator because I gave up early. I didn’t want to keep fighting over millions of dollars that, frankly, due to two franchises, I don’t need,” she explains.

However, Lawrence admitted she didn’t fight for a better salary because she was afraid of how she’d be perceived. „I would be lying if I didn’t say there was an element of wanting to be liked that influenced my decision to close the deal without a real fight. I didn’t want to seem ‘difficult’ or ‘spoiled,’ ” she confessed. „This is an element of my personality that I’ve been working against for years, and based on the statistics, I don’t think I’m the only woman with this issue. Are we socially conditioned to behave this way? … Could there still be a lingering habit of trying to express our opinions in a certain way that doesn’t ‘offend’ or ‘scare’ men?”

In her own fiery way, Lawrence concluded she would no longer tolerate inequitable pay for fear of being less liked. Her essay caused a great deal of buzz in the media about ongoing gender wage gap issues.

Lawrence graduated from high school two years early with a 3.9 GPA, part of the deal her parents made with her to allow her to pursue acting. She now lives in Santa Monica with her dog and plans to pursue directing.

She dated her X-Men co-star, Nicholas Hoult, from 2011 to 2013. A year later, she was involved in an on-and-off again relationship with Coldplay’s Chris Martin, which reportedly ended in the summer of 2015.

That same year, she established a charitable organization, the Jennifer Lawrence Foundation.

Emma Watson is best known for playing the character of Hermione Granger, one of Harry Potter’s best friends in the ‘Harry Potter’ film franchis

Mario Testino: ‘I See Fashion Photography as a Business’