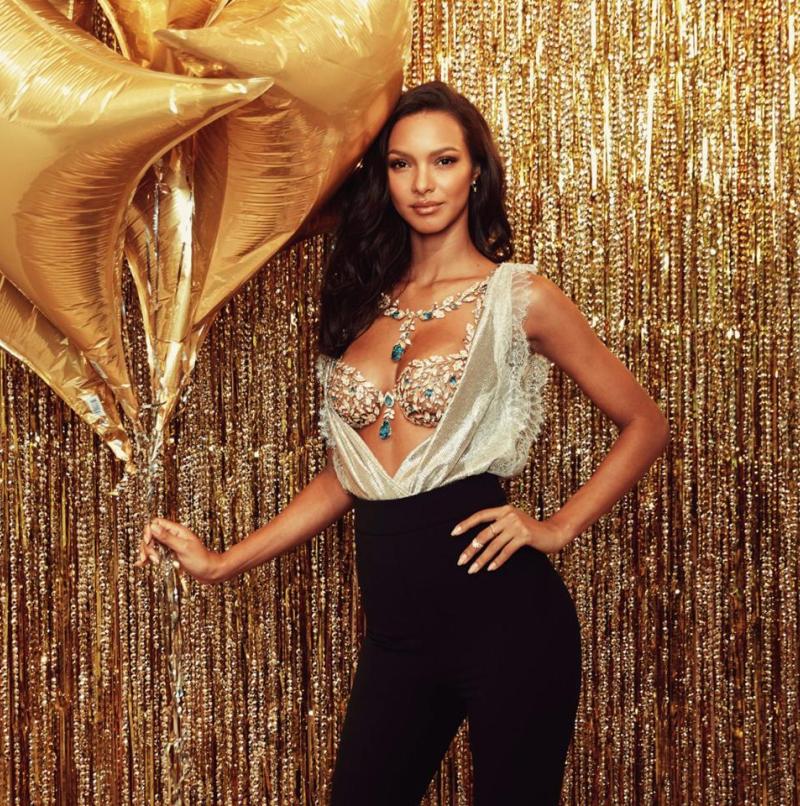 This year, Brazillian model Lais Ribeiro is the lucky one who will wear the legendary Fantasy Bra during the lingerie giant’s annual extravaganza. The lingerie brand made the announcement with a photo of Ribeiro wearing the fantasy Bra, accompanied with the caption; ‘Introducing the $2 million Champagne Nights Fantasy Bra, worn by Lais Ribeiro and designed by Mouawad’.

For Riberio, who first walked for the lingerie label in 2010 and has been a Victoria’s Secret angel since 2015, this is the first time she has been allowed to wear the Fantasy Bra. She follows in the footsteps of famous top models such as Adriana Lima, Alessandra Ambrosio and Gisele Bundchen.

Ribeiro took to Instagram to express how pleased she is about the great honor: I’ve been holding this secret for too long and I am beyond honored to announce that I will be wearing the Champagne Nights Fantasy Bra this year! I am very happy and thankful for my Victoria’s Secret family for trusting me and all the support from my on family, friends and fans! Thank yuo so much !!! its official’

This year’s Fantasy Bra was created in about 350 hours of work and is set with diamonds, sapphires and topazes with a gold leaf belt. Designed by Mouawad, a Swiss / Emirate luxury brand that makes jewelry, it is worth 2 million dollars. The 27-year-old Ribeiro, will be accompanied by a bodyguard before entering the stage of the well-known lingerie show.

The extravagant gem will be revealed at the Victoria’s Secret Show 2017, which will be held recorded on n Monday, November 20th in Shanghai.