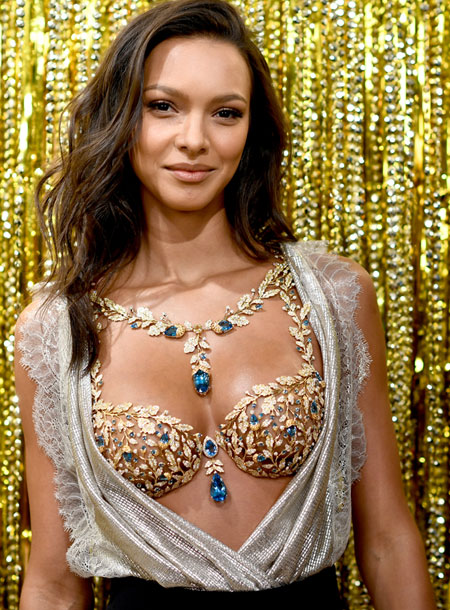 Glamorous and glittering and weighing more than 600 carats, the Champagne Nights Fantasy Bra took almost 350 hours to create and is embellished with nearly 6,000 precious gemstones.

Go on set with Victoria’s Secret Angel Lais Ribeiro, to find out everything you need to know about this year’s $2 million Champagne Nights Fantasy Bra. This year’s bra was exclusively designed and handcrafted for Victoria’s Secret by Mouawad, and features over 600 carats of diamonds, sapphires and gem stones. Look for Lais wearing the one-of-a-kind creation on the runway at the Victoria’s Secret Fashion Show in Shanghai, November 28, 10/9C on CBS.