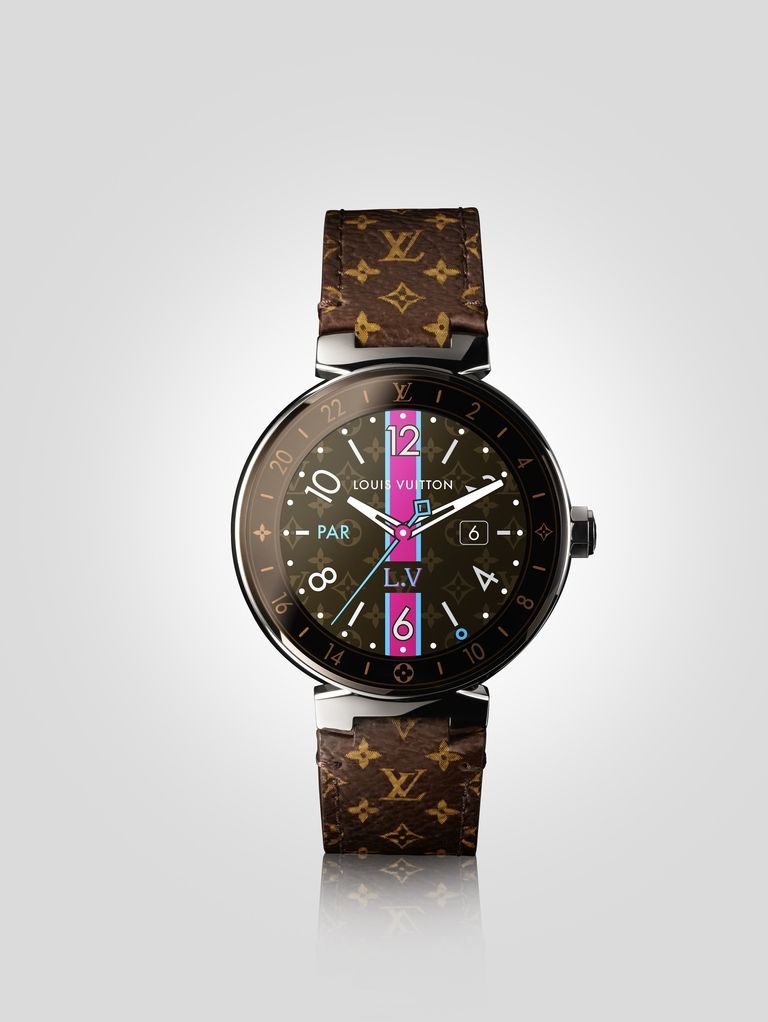 Louis Vuitton is literally keeping up with the times. Today, the house announced its partnership with Google on a luxurious Smartwatch called the Tambour Horizon. Launching in stores now, the Smartwatch features a range of exclusive functions, including “My Flight”, an all-purpose guide to inflight travel, and “City Guide,” a recommendation portal for seven cities coined by the LV team.

As mechanical timepieces continue to decrease in value, a response to smartphones and smartwatches, the partnership represents the luxury brand’s desire to be a part of the current technological movement. According to WWD, Michael Burke, chairman and chief executive officer at Louis Vuitton, calls it an “industry of connected devices.” He says, “We don’t know where the industry of connected devices is going. But we know it’s going to be massive. We have to participate.”

Much of the Louis Vuitton brand is built around travel. Its leather luggage pieces are still the most coveted accessesories when it comes to transit. “Time and travel are intimately linked. Our DNA is inscribed in travel and travel cannot exist without time and timekeeping,” Burke adds.

Google’s previous smartwatches haven’t always garnered the most success, especially since the launch of the Apple Watch, which grosses more than some Swiss watch brands like Rolex. The Tambour Horizon seeks to reverse the decline, along with its tandem mechanical version, the Tambour Moon.

In true Louis Vuitton fashion, the smartwatches don’t lack in luxury. The cases were produced by the brand’s Swiss manufacturer and feature a sapphire glass with a 24-hour display the dial, a nod to its 2002 Tambour watch collection. Customers have a choice of three different colored cases: graphic, black, and monogram.

“Our strategy and our philosophy here has always been that when technology is going to be worn on your body, that style is really important. We really don’t think that you should have to make the compromise between the style that you present to the world and the technology that is available to you in a wearable,” says Google’s Vice President of Engineering, David Singleton. Between the craftsmanship of its appearance and the savviness of its software, the Tambour Horizon dutifully promises the luxury Louis Vuitton experience.

15 Most Beautiful Villages on Earth