People living in Bucharest lose 27 days per year in traffic, the highest level in Europe 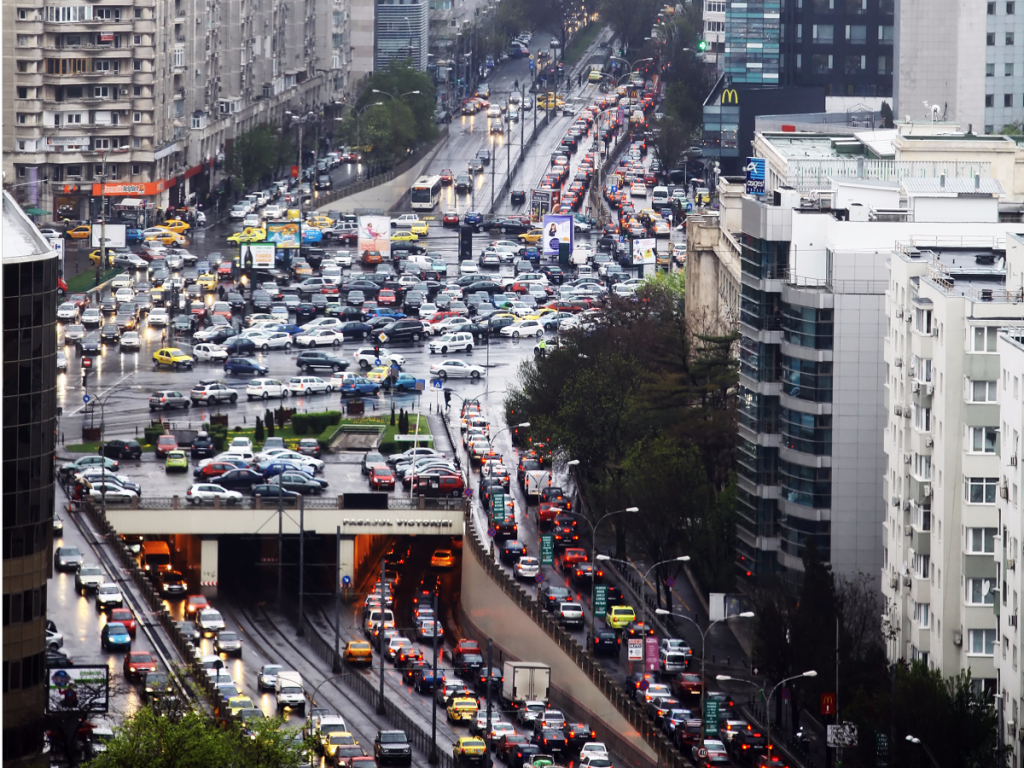 Bucharest has climbed two places in the ranking of the most crowded cities in the world in terms of road traffic in the evening peak hours, ranking third in the world and dominating the European top, according to the Tom Tom Traffic Index, a tool analyzing traffic in 390 cities.

According to the TomTom Traffic Index, the time lost in Bucharest traffic amounts to 218 hours a year, equivalent to 27 days of work.

Bucharest has the most crowded traffic in Europe and it is the fifth largest city among the top cities with the biggest road traffic problems. On average, people from Bucharest spend an additional 50 percent more time in traffic than usual, more than people in Istanbul or Rio de Janeiro.

In the European top, Bucharest is followed by Moscow, where Russians spend 46 percent more time in traffic each day. St. Petersburg is on the third place, with an extra time spent in road traffic of 41 percent.

Londoners spend an average of 40 percent more time daily in road traffic, just like those traveling on the streets of Marseilles.

Mexico City is the busiest city in the world

Mexico City is the busiest city in the world in terms of traffic. The extra time spent in road traffic in this city is 66 percent, an increase of 4 percent since the last study. Bangkok follows, with a time spent traveling on his streets extended by 61 percent percent.

Americans also have road traffic problems: Los Angeles, for example, spends 45 percent more time in traffic, while in New York the time spent on the road is extended by 35 percent. The absence of quality public transport is one of the factors that have transformed Bucharest into one of the busiest cities in the world, as the traffic conditions here are heavier than those in Istanbul.